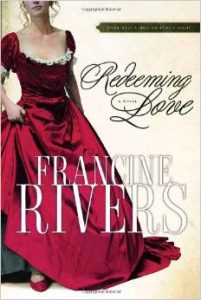 Darrell spoke to a men’s breakfast at the Heartland Church in Olathe, KS on February 10, 2017. His message is one for men to become “Michael Hosea Men” rather than live their lives perpetually as boys. Unfortunately, our world and culture trains men to be consumer and devourers of women but God calls us instead to become more of who he created us to be as “Protectors Of Eve.”

In this message, Darrell draws on the character of Michael Hosea from Francine River’s Redeeming Love novel to encourage men to move past a pornographic paradigm of life and sexuality into what is more true of their identity as image bearers of their creator.

He also draws on his 16+ years of experience of working with men and couples dealing with the devastating effects of pornography, infidelity and other sexual issues.  Men who get the vision of becoming “Michael Hosea” men have a much greater ability to walk in freedom because they begin to fight for something rather than just against something. A clear vision of our true identities and son’s of the King called to be protectors of Eve empowers us to move away from our world’s paradigm of being consumer/devourers of Eve.